Gain a better understanding of the regulatory foundation of the fluctuating workweek.

During the Trump administration, the Wage and Hour Division of the U.S. Department of Labor, in general, has remained assertive in its enforcement of the minimum wage and overtime provisions of the Fair Labor Standards Act. Within the last year, though, the Labor Department under the leadership of Secretary of Labor, Eugene Scalia, and Wage and Hour Administrator, Cheryl Stanton, has toned down the agency's rhetoric and signaled a more balanced approach to wage and hour law administration. Proposed rules on the fluctuating workweek introduced in late 2019 are evidence of this modified approach. Contrary to agency guidance issued in 2011, these proposed rules would clarify that payments of bonuses and certain other forms of premium pay should not invalidate an employer's use of fluctuating workweek methodology in the calculation of overtime pay. This topic will provide an in-depth discussion of the fluctuating workweek, explore its legal and regulatory foundation and history, and analyze whether and to what extent the proposed rules, when finalized, are likely to receive deference in the courts. The material will also review practical compliance solutions. This information is critical for employers who want a thorough understanding of the benefits and risks of the fluctuating workweek in the current wage and hour enforcement climate. 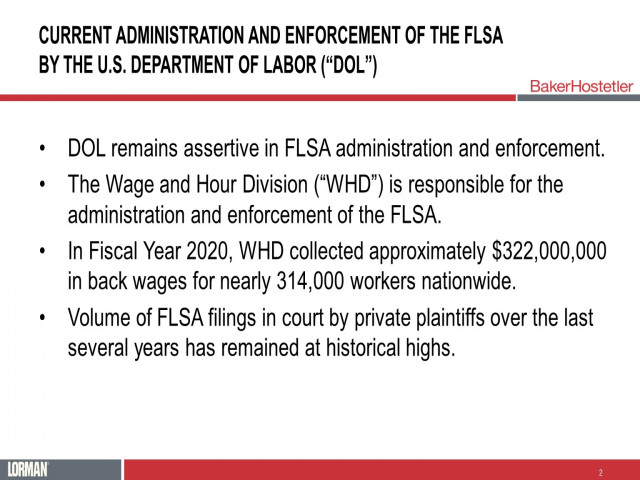