Gain an understanding of how to determine what law governs matters relating to the title of land.

Land titles are for the most part the creature of state laws. In contrast to the insular historical context of property laws, American society is increasingly mobile, with individuals and institutional investors domiciled in one jurisdiction acquiring, financing and contesting real property in another. Under circumstances where the laws of two or more states affect, directly or indirectly, ownership and  conveyance of real estate, the law of the state where the land is located and the state of the owner’s domicile, which laws govern matters relating to the title of the land? In addition, certain lands are governed by Congressional Act, Executive Order, Indian tribal law, treaty, or a combination thereof, and as a result, the title to these lands require an analysis of the kind not readily available to the parties. This white paper reviews unusual titles such as railroad titles, Native American land titles, mineral rights and Riparian lands and discusses federal law and jurisdictional issues. 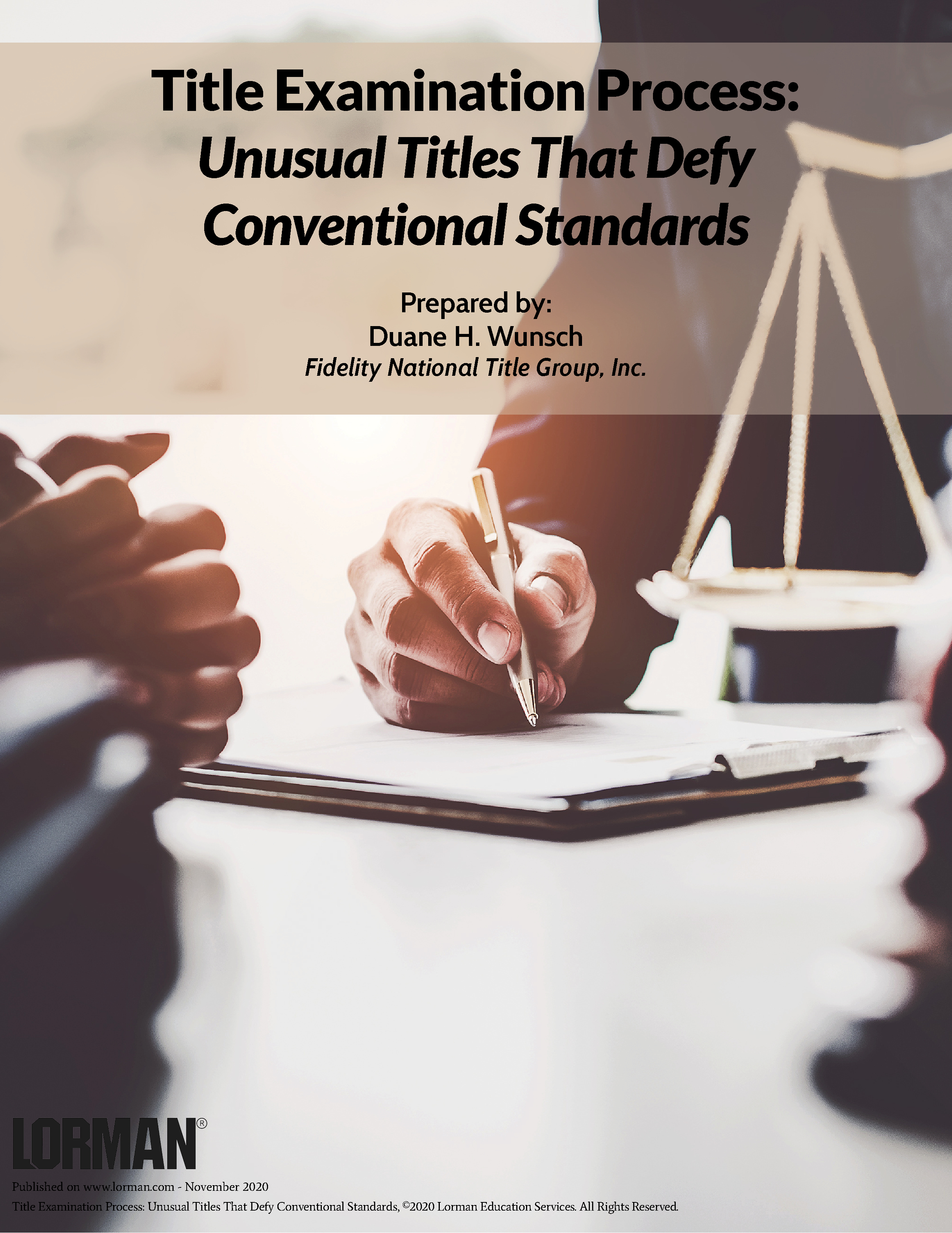