In the early days of environmental regulation in the United Sates, the country’s interest in protecting wildlife had little to do with development or the dangers of habitat destruction. Instead, it arose from concerns about overhunting. We had seen the fate of the bison, driven close to extinction by 19th century hunters who had reduced the entire American bison population to some 500 head. We were also killing wild birds by the millions, some for meat, some for sport and some for the feathers used in ladies’ hats. The first response by the federal government was the Lacey Act, passed in 1900. This white paper outlines the background of the Endangered Species Act of 1973, amendments to the ESA, the Habitat Conservation Plan (HCP), Safe Harbor Agreements, Candidate Conservation Agreements, and the "No Surprises" policy.

- Review the Endangered Species Act of 1973.

- Review the amendments of the ESA. 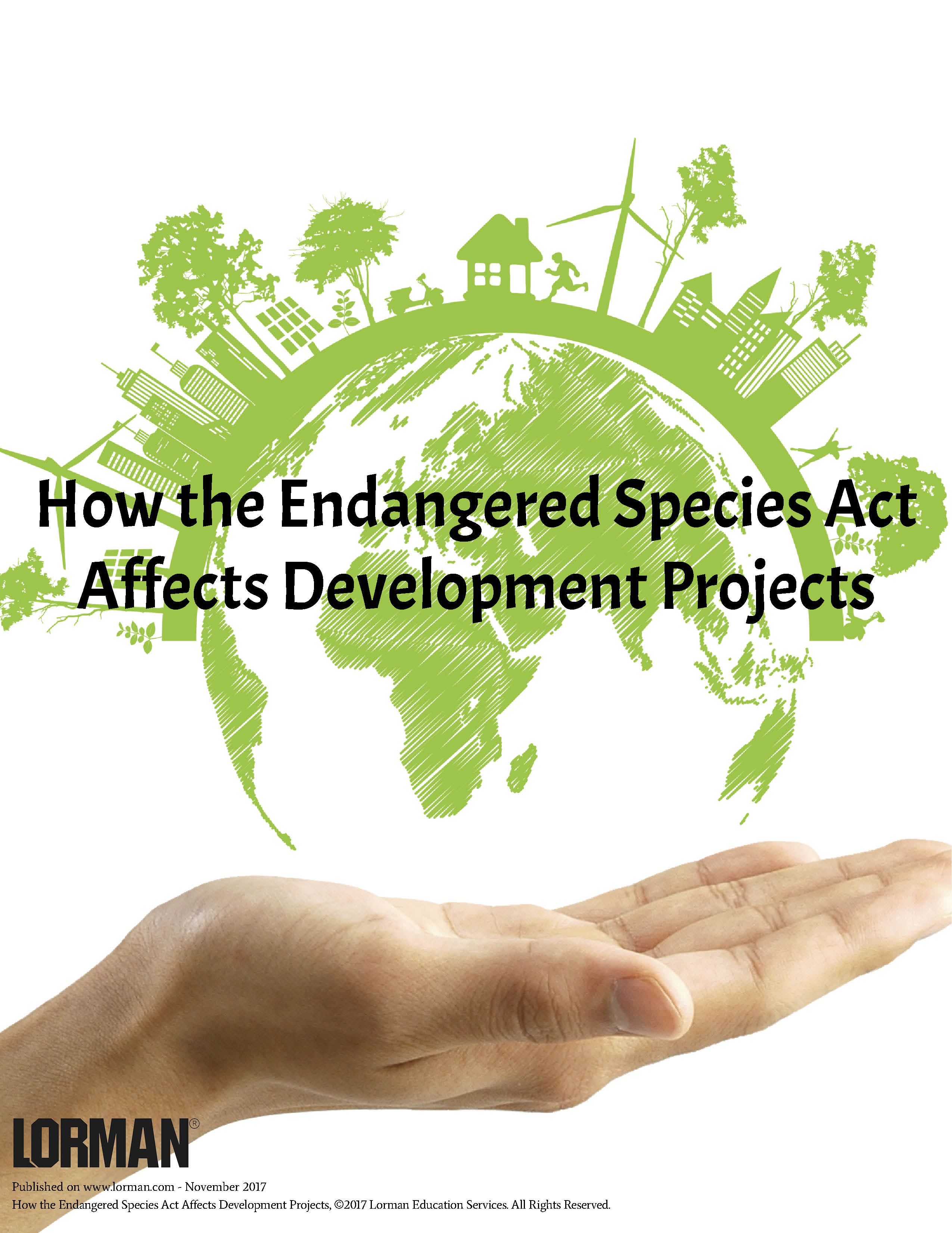