All state Wills Acts prescribe formal requirements for making a valid will. Wills Acts also contain various requirements as to whether a signature can be acknowledged later, after the signing, what constitutes signing in the testator’s presence and so forth. Finally, a modern addition to most Wills Acts is the option of including a notarized, self-proving affidavit, which eliminates the requirement that the witnesses appear in court to swear that they saw the testator sign the will. The statutes that allow for witnesses to sign wills, or sign self-proving affidavits, after the testator have become much more important during the COVID-19 pandemic. This white paper reviews the ongoing battle between will formalities and effectuating intent and discusses the E-Wills Act and remote executions. 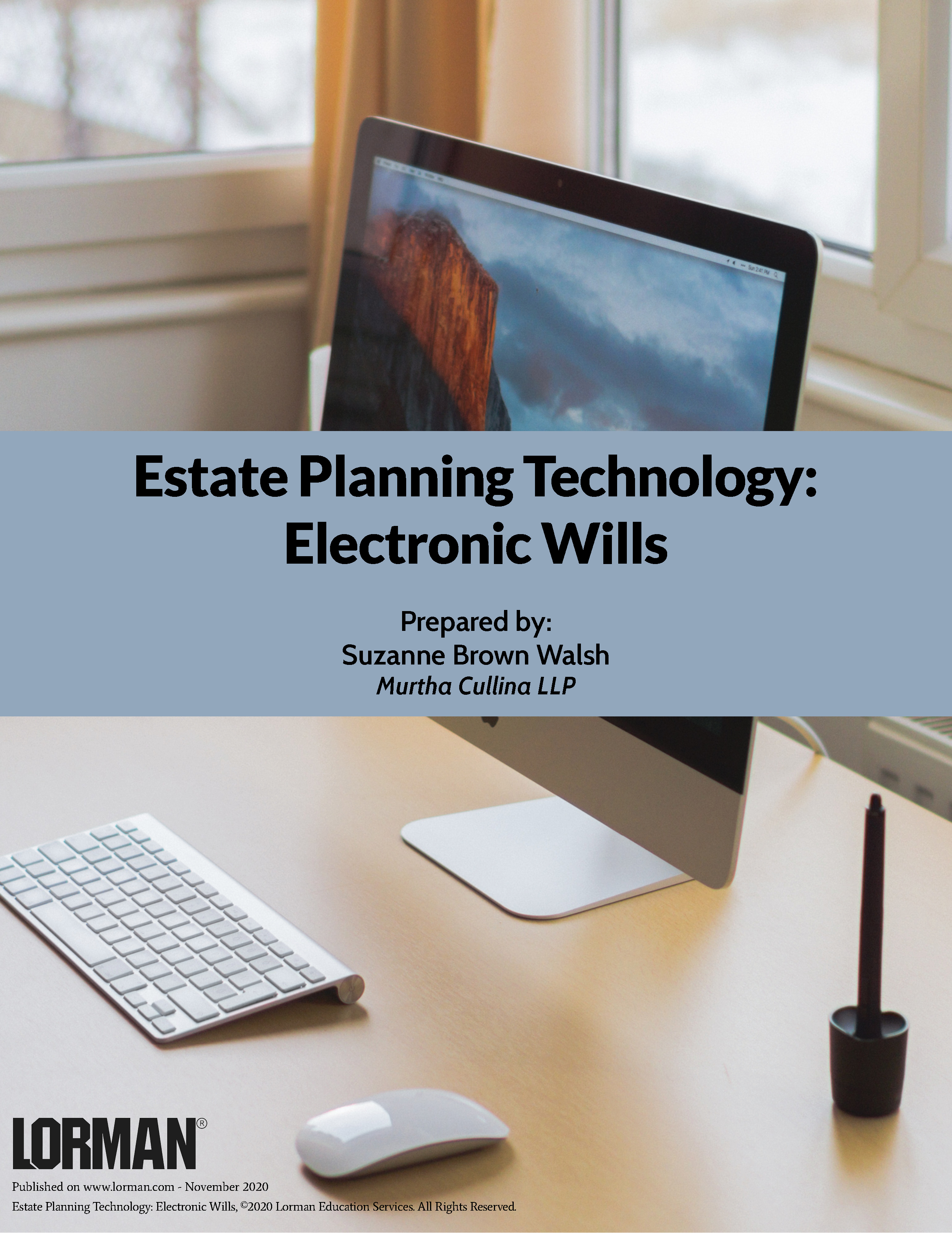