Review an analysis of the Crummey v. Commissioner case.

The Crummey case turned on an interpretation of the definitions of future interest and present interest. The taxpayers in Crummey created a trust for the benefit of their four grandchildren. The operative feature in the trust instrument provided that each of the four beneficiaries of the trust could demand, at any time up until December 31 of a given year, up to $4,000 or the amount transferred into the trust during such year, whichever was less. What distinguished the Crummey case from other cases was that the demand power granted to the beneficiaries did not continue for the life of the trust, but rather lapsed at the end of each year it was given. This white paper reviews how the decision in Crummey v. Commissioner directly addressed a fundamental flaw in tax policy. 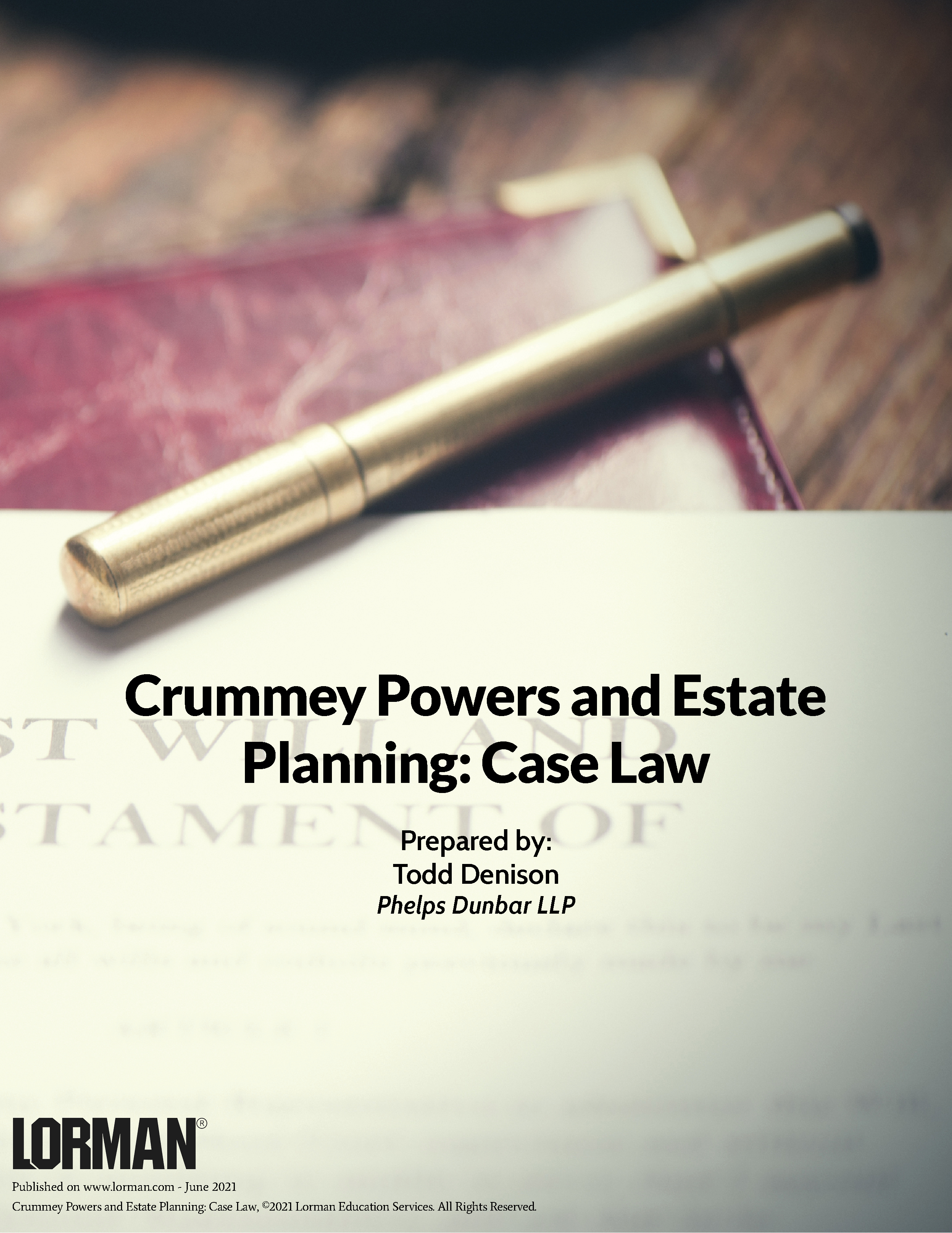