Make sure your clients are aware of the potential consequences of having stock in a CFC as part of their estate.

A foreign corporation is a CFC if greater than 50% of the stock by vote or value of it is owned, directly, indirectly, or constructively, by U.S. shareholders on any day of its tax year. Before the Tax Cut and Jobs Act of 2017 only voting shares of stock that the U.S. person owned were taken into consideration. This allowed clients to avoid U.S. shareholder status by holding only non-voting stock. The TCJA eliminated this planning strategy, however, by requiring a U.S. person’s non-voting shares of stock be counted to determine the person’s U.S. shareholder status. This white paper reviews the definition of a CFC and what constitutes a U.S. shareholder and discusses attributions of ownership as well as consequences of CFC status. 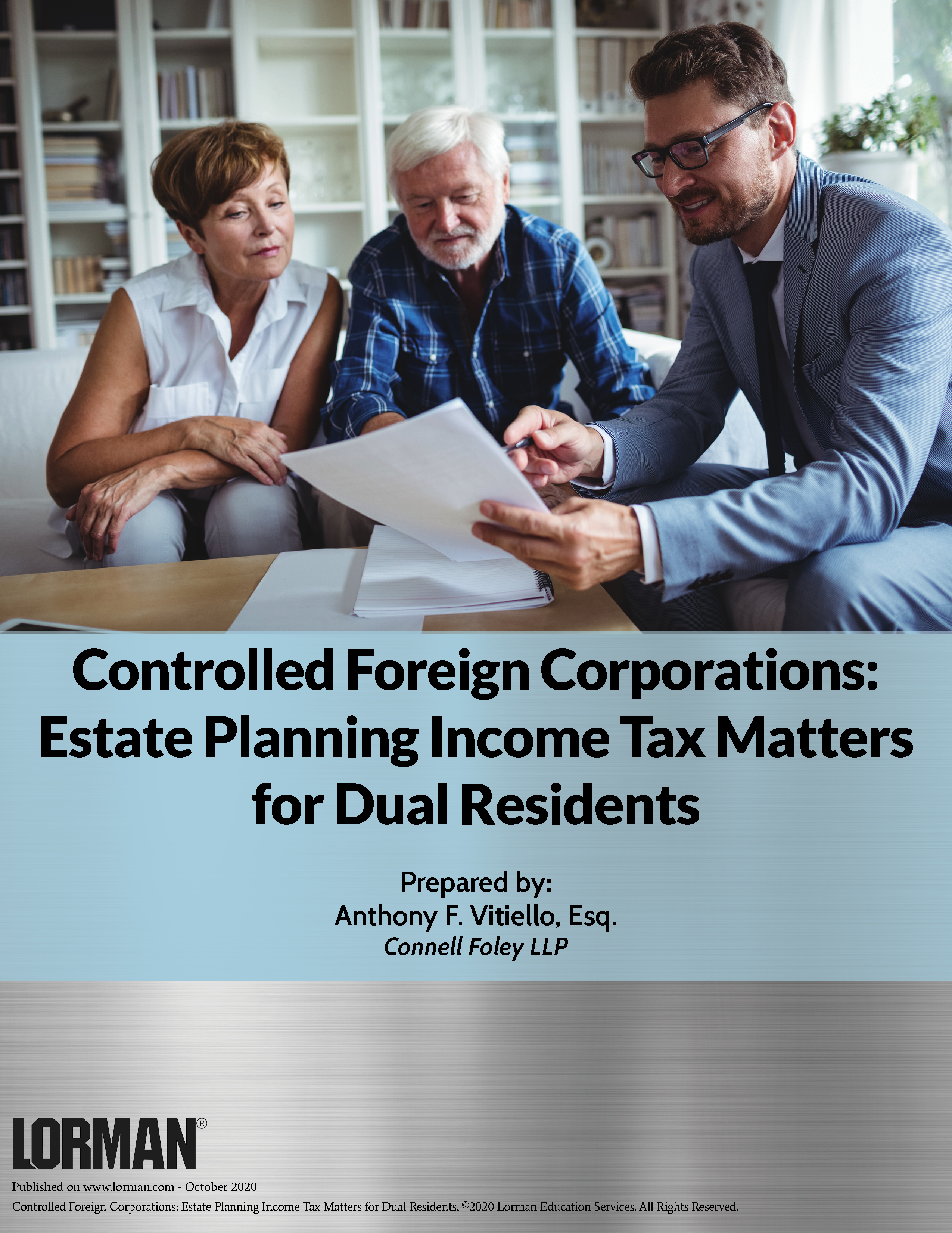