Gain an understanding of Washington's Equal Pay and Opportunities Act to make sure your company is in compliance.

Washington state is one of the many states who are legislating in the area of equal pay between genders. The Equal Pay and Opportunites Act of Washington requires employers to pay particular attention to how they are arriving at each employees' pay both when they begin work and during their tenure with the company. There are substantial civil penalties and monetary remedies to employees when an employer fails to comply with the Act. The Department of Labor and Industries has already developed a complaint form on its website and is investigating employee complaints of unequal pay. This material will help employers better understand what the Act entails and how to be in compliance with the requirements. In addition, justifications for paying employees differently under the Act will be explained and discussed to show that differences in pay are not based on gender but allowed bona fide job-related factors in the Act. Finally, other requirements of the Act, such as the discussion of wages among employees, and civil and monetary penalties and remedies for violations of the Act will be explained. 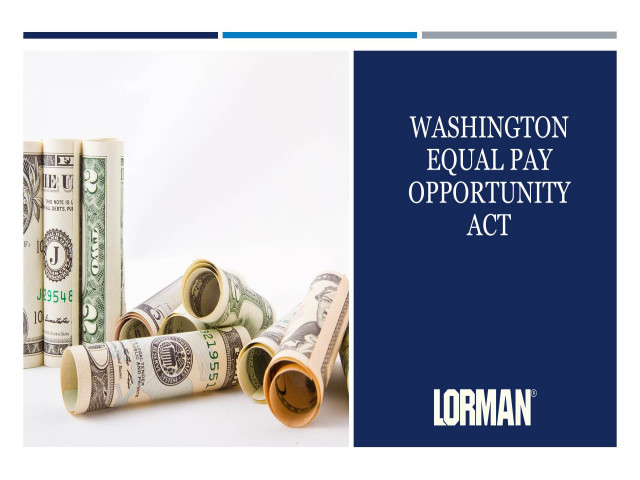