Gain a better understanding of your sales and use obligations and stay up to speed on the current internet transaction tax law.

The United States Supreme Court revisited the physical presence test as last laid out in the Quill case more than 25 years ago and struck the test down, finding the physical presence rule of Quill unsound and incorrect. The Court upheld South Dakota's economic presence statute, which requires that remote Internet sellers pay sales tax if they had a minimum of $100,000 of sales into South Dakota or a minimum of 200 sale transactions to South Dakota customers in the prior year. However, the Court stopped there and did not articulate an economic nexus standard other than to uphold the South Dakota statute. With physical presence out and economic nexus in, but no articulated minimum economic nexus standard, what is in store now for internet retailers? This topic will help you better understand internet sales taxation post-Wayfair and the various types of economic nexus laws that have been enacted by the states. 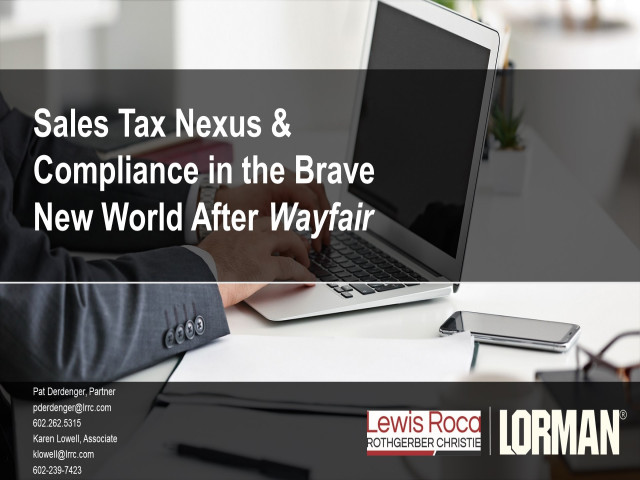