Avoid miscommunication issues - learn this easy to follow method for active listening and ensuring that messages are received as they were intended.

Studies have shown that the average person only listens at 25 percent capacity. Another study showed that a total estimated cost of $37 billion could be attributed to lost productivity due to miscommunications and assumptions. That study involved a survey of 400 companies with a total of 100,000 employees. The same study found that the average cost per company was $62 million per year. Group Vision estimated in another study that Fortune 500 companies wasted an estimated $75 million per year on meetings and the major culprit for the waste was ineffective listening skills when materials or information had to be constantly repeated. This topic will address some of the most common causes or reasons for miscommunication and poor listening. It will also provide a systematic, easy to follow method for active listening and ensuring that messages are received as they were intended. 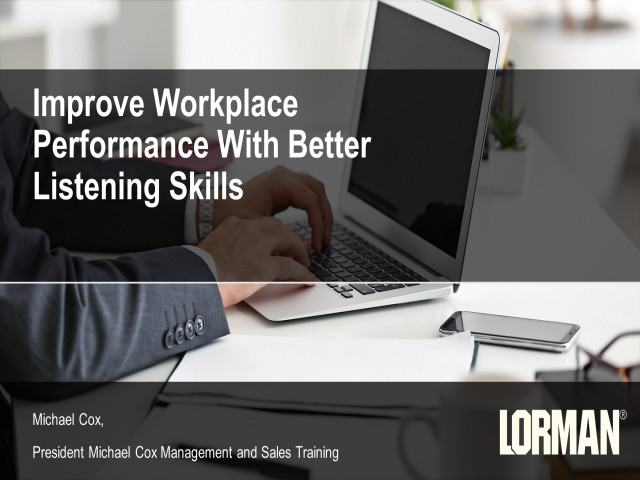