Understand some of the ways states seek to impose their income taxes on individuals and trusts.

Everyone has a domicile. It may be acquired from one's parents, by marriage or place of residency. Many states impose their income and estate taxes on the basis of domicile. Often, changing domicile may avoid state taxes. But there are caveats. First, the person claiming a change of domicile must establish the change by clear and convincing evidence. Second, more than one state may lawfully find an individual domiciled in more than one state. Also, double or triple state income taxation may occur on the income of the same individual. Domicile or residence may also affect inheritance and property rights. Certain benefits (such as the double step-up in basis that occurs with respect to community property) may be lost by a change in residence. Other rights, such as to serve as a fiduciary or to employ a disinheritance clause against a will contest may be lost by a change. There are many steps that can be taken to attempt to ensure the best result for clients. This topic will explain several of them. 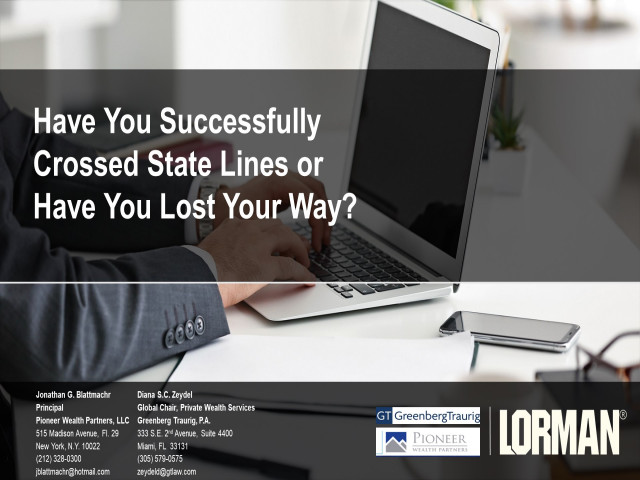