Learn best practices for coaching your overly talkative employees and how to ensure the coaching is sustained.

Many managers and coworkers often find themselves at the mercy of people who simply talk too much. These people can often be a drain on productivity and even morale and colleagues often avoid them or dislike working with them. Often these employees lack the self-awareness to understand the impact of their behavior and require some coaching. Unfortunately, since many managers often write these behaviors off as unfixable, they often go unaddressed until a major mistake or conflict is created due directly or indirectly to the talking. This topic will help you understand or gain a realization that such behaviors can often have extremely negative consequences and brushing off coaching conversations will likely make matters worse. It will also help you see clearly with some specific examples of how talking too much led to some devastating business consequences. It will also provide a guideline for coaching this behavior and following up to sustain the success. It will finish with some best practices to ensure the coaching is sustained. 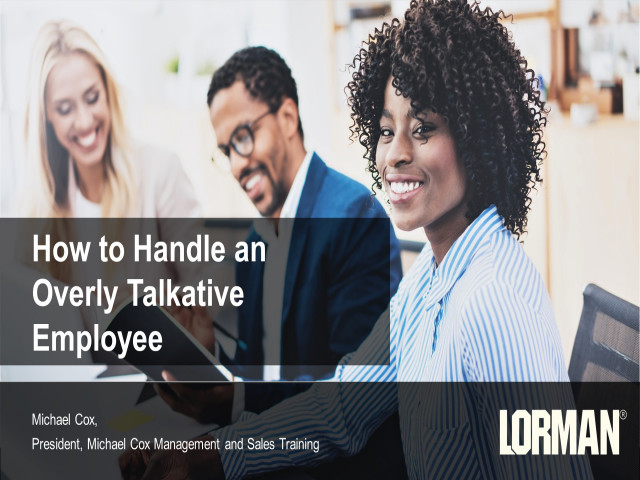