Understand the increased burden and risks associated with mergers and acquisitions that may raise a competitive concern.

The Federal Trade Commission and the Antitrust Division of the Department of Justice have increased their scrutiny of mergers and acquisitions, looking at new theories of harm and seeking ways to address market concentration in every industry. At the same time, and due in part to the backlog of transactions that were deferred due to the COVID-19 pandemic, the demands on these agencies to review mergers and acquisitions has never been greater. As a result, the federal antitrust enforcers have looked for ways to keep up with the workload without jeopardizing their stated goal of heightened enforcement. Among other things, the FTC has moved to strengthen and streamline the HSR review process and has moved to rescind a policy statement in effect since 1995 addressing the requirement for prior notice and approval in every settlement agreement. These changes have increased both the burden and risks associated with mergers and acquisitions that may raise a competitive concern. 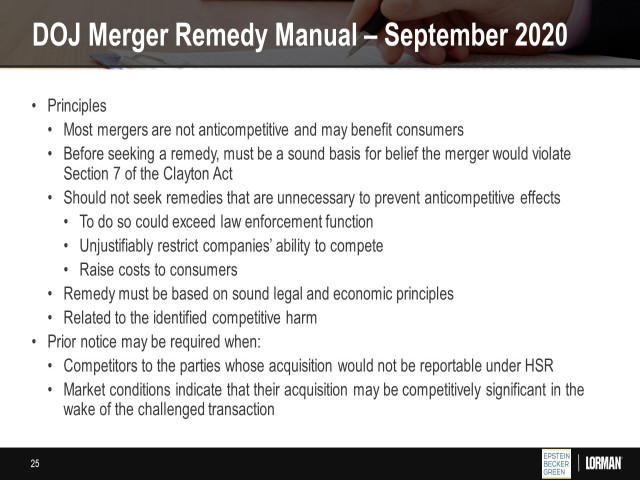