Receiving an unethical request from your boss? Understand how to handle that situation in a professional manner.

While it's crucial to speak up when being asked by your boss to do something unethical, the greater the risk is to the company. You may have felt pressure to go along with or ignore the behavior, especially if blowing the whistle could put your career in jeopardy. Consider that 53% of employees who reported ethical misconduct in their companies said they experienced some form of retaliation, according to the 2016 National Business Ethics survey by the Ethics and Compliance Initiative and as reported by The New York Times. So it's no wonder then that most admins and secy's don't speak up .
When it comes to ethics, the first thing you must decide is where your loyalties lie. You were hired by the company, but you work for your boss(es). Your own conscience tells you about what's right and wrong. This information helps you with the skills to determine what actions you can take and how to best respond when you are observing unethical behavior by your boss. 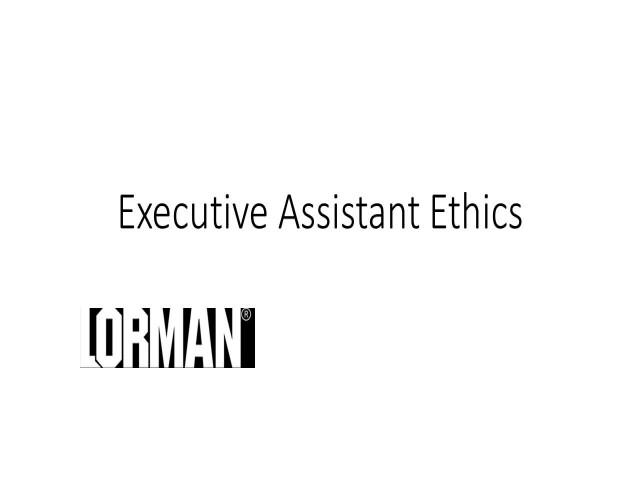