Learn everything you need to know about qualified mortgage rules under the Dodd-Frank Act and the rules' effect on financial institutions.

The Dodd-Frank Wall Street Reform and Consumer Protection Act (Dodd-Frank Act), signed into law in 2010 and amended in 2013, contains a series of financial regulatory reforms intended to combat what was perceived by lawmakers as a lack of oversight leading to the recession and housing crisis of the late 2000's. One of the provisions of the Dodd-Frank Act requires creditors to make a reasonable, good faith determination of a consumer's ability to repay any consumer credit transaction secured by a dwelling (excluding an open-end credit plan, timeshare plan, reverse mortgage, or temporary loan) and establishes certain protections from liability under this requirement for qualified mortgages. This topic will examine the rule and explain what lenders need to know to remain compliant and protect their business. 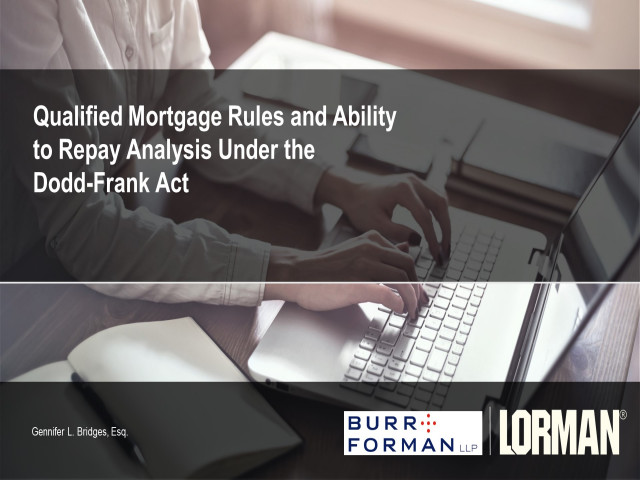