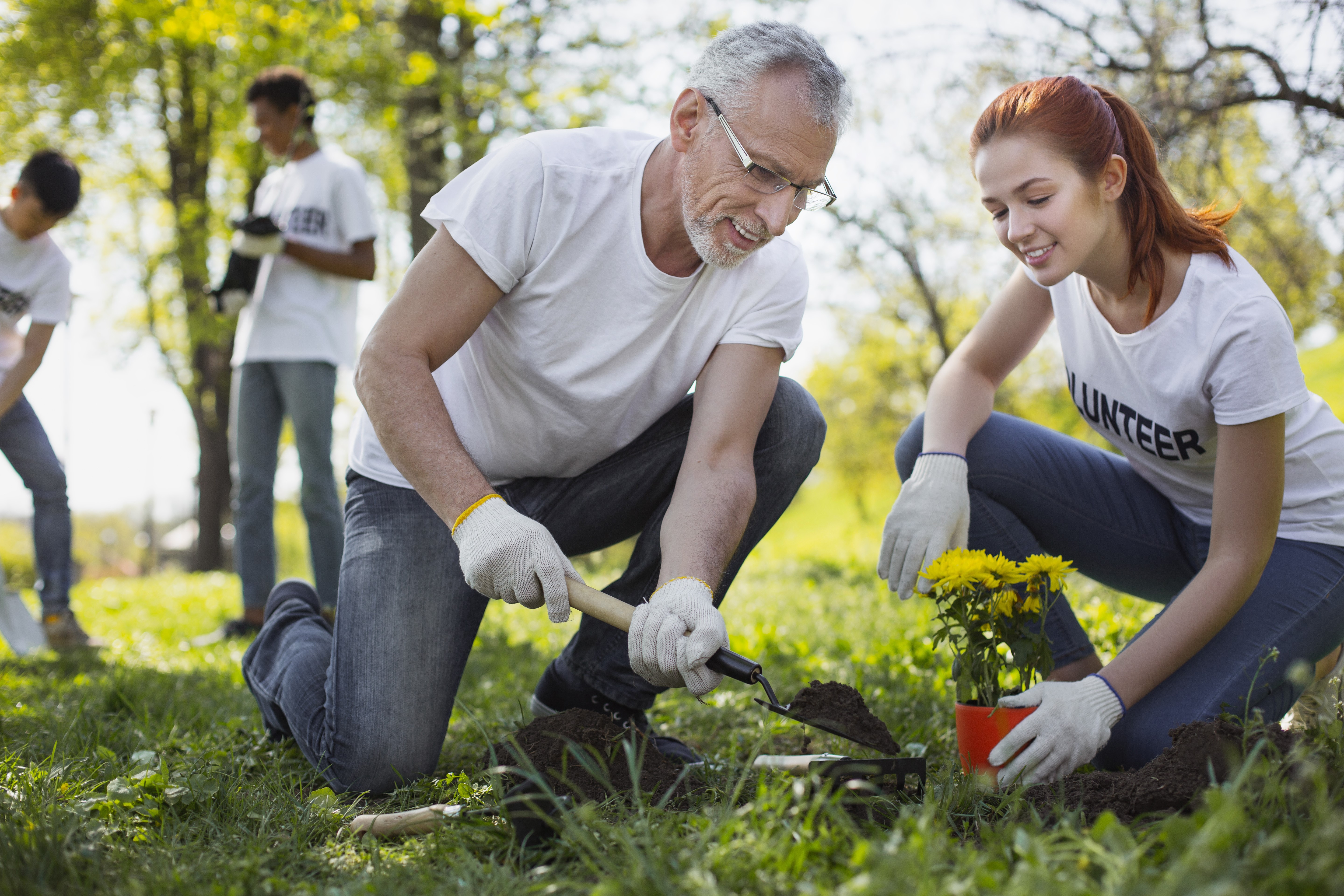 The role of the board of directors of a charity is similar to the role of a for-profit board. In both cases, the organizations are tasked with managing other people’s money and in both cases they are judged by their success in doing so. Yet, there is a very key difference: in the for-profit context, shareholders are able to hold corporate directors and officers accountable, whereas in the charitable context there is no mechanism by which the organization can be held accountable when it fails to act in furtherance of its mission. Although the government (such as the Attorney General and the Internal Revenue Service) plays an important role in policing and monitoring charitable activities, there is no private right of action available against officers and directors to ensure accountability. The charity’s board is required to fill this void, by ensuring that the organization acts in accordance with its mission through meaningful oversight of operations and policy guidance in a way that assures integrity and effective management but without leading to board involvement in the organization’s day-to-day activities.

•Duty of care – act in good faith, with the care an ordinarily prudent person in a like position would exercise under similar circumstances;
•Duty of loyalty – act in good faith in a manner the director reasonably believes to be in the best interests of the organization; and
•Duty of obedience – act within the organization’s purposes and ensure that the mission is pursued.

Breaches of fiduciary duty are enforced by the Attorney General – this is because charitable beneficiaries generally lack standing to bring private actions. (In contrast, directors of for-profit organizations owe fiduciary duties to shareholders who can bring actions for breach of those duties.) However, these duties are also articulated in the IRS guidelines for “good governance” and on audit, the IRS will request documentation to show that these duties have been met. Enforcement actions can result in significant personal liability for directors.

A. The Duty Of Care and the Business Judgment Rule
The standard of conduct applied in measuring a director’s duty of care is similar to the standard applied to directors of for-profit business corporations. Broadly stated, a director can fail to discharge his or her duty of care in two ways: by failing to properly manage or supervise the corporate entity (the “duty of attention”) or, so long as the director is disinterested, independent and acting in good faith, by failing to make an informed decision about an important transaction or fundamental change in the way the corporate entity operates (the “duty of informed decisionmaking”).

(1) Duty of Attention.
Essentially, the duty of attention requires the director to actively participate in the oversight of the corporate entity’s activities and operations. See Hansen, The Duty of Care, the Business Judgment Rule, and the American Law Institute Corporate Governance Project, 48 Bus. Law. 1355, 1359-60 (in business corporation context, directors’ liability for “non-decision making” generally founded on express abandonment of duty and patterns of exacerbated neglect amounting to abandonment of duty).

Elements of such active participation are:
-regular attendance at board and committee meetings, with a written record of any absences;
-careful review of meeting minutes, and notation to the corporation’s secretary of any errors or misinterpretations of what had been said at a meeting;
-careful review of any written materials disseminated to directors prior to or at meetings;
-regular monitoring of any activities delegated to standing or special committees (including review of committee meeting minutes);
-periodic meetings with or visits to management personnel and other employees to question them and inquire about aspects of the corporate entity’s activities within their purview;
-access to and the opportunity to ask questions of outside experts (accountants, lawyers, investment advisors);
-access to and review of corporate books and records;
-careful review of any financial statements or reports prepared for the corporation, including any analysis or discussion by management;
-formation of committees (e.g., quality assurance, credential, finance, personnel, facilities) to apply specific expertise of board members to areas most in need to close oversight;
-a requirement that any management or outside expert’s reports be formally presented to and accepted by a board;
-familiarity with the charter or certificate of incorporation and by-laws of the corporate entity;
-familiarity with corporate policies affecting senior management and directors;
-familiarity with provisions made by the corporation to indemnify and/or insure its directors and officers; and
-general knowledge of constitutional and statutory law which affect the corporation.

(2) Duty of Informed Decision-Making.
In the context of charties, practical elements of informed decision-making would include the following:
-the opportunity to hear a detailed presentation by management, accompanied by written materials if appropriate, explaining the rationale for the proposed decision and why management is making the recommendation it has;
-the opportunity to hear the advice and recommendation of a recognized outside expert, including legal counsel, on the subject;
-the opportunity to debate and deliberate on the proposal at a Board level and if possible to allow a period of several days or weeks for reflection and further consideration before requiring a vote;
-where appropriate, the gathering of information from comparable institutions about how they had dealt with similar situations; and
-the opportunity to request any additional information deemed relevant by a director from management or outside experts, including legal counsel, and time for the directors to consider such additional information.

(3) Careful Delegation of Management and Oversight Responsibilities.
Although a board is expected to delegate certain management responsibilities, and is entitled to rely on reports and other information prepared or presented by committees of a Board, officers and employees, or outside experts, such delegation must be done in a clear fashion to qualified delegates and with a critical eye to the reliability and competence of the reports and the delegates. Some matters cannot be delegated, and directors should consult state statute to confirm these limitations. Even when authority is delegated, those directors and officers acting on behalf of a Board are still subject to the duty of care.

(4) The Business Judgment Rule.
The assumption of the Business Judgment Rule is that there is no objective standard by which to evaluate the correctness of corporate business decisions and courts are illequipped to make such evaluations. If directors are free of conflicts of interest and have used due care, their decisions will not be questioned, even though those decisions may turn out with hindsight to have been unwise. The key concept is the disinterested, good faith exercise of “procedural due care.” This generally involves:
-being provided sufficient information (both written and oral); and
-having adequate opportunity and time to consider, discuss and act on it.
The Business Judgment Rule, however, does not apply to all areas of a director’s potential liability. For example, it does not shield directors from liability for decisions, actions or the lack thereof which violate specific laws (e.g., tax or environmental laws) or from claims not based on a director’s duty to the corporation (e.g., discrimination or defamation).

Fitzgerald v. National Rifle Association of America, 383 F. Supp. 162 (D.N.J. 1974) (directors breached fiduciary duty by denying a directoral candidate an opportunity to advertise in The American Rifleman magazine and thereby using corporate instrumentality to perpetrate themselves in office). The fact that the transaction is one in which the director has a personal interest is usually less significant than whether it was fair to the corporation at the time the decision was made and whether the decision was reached in an impartial board environment. The clear exception is for self-dealing by private foundations under Internal Revenue Code § 4941.

(1) A Director Must Place the Interests of the Corporation Ahead of Personal Gain.
A director is expected to make decisions objectively, to refrain from participation, and to obtain approval from the corporation where there is a relationship which impairs the director’s objectivity. American Law Institute, Principles of Corporate Governance:

Analysis and Recommendations § 5.02 (1993). In a conflict of interest situation, the director might receive returns more favorable than he or she would otherwise gain in an open market.

A conflict of interest is present whenever a director has a material interest in a transaction to which the corporation may be a party. See ABA, Guidebook for Directors of Nonprofit Corporations 28 (1994). Conflicts can occur either directly or indirectly, whether through personal involvement, a family relationship or an employment or investment relationship.

The conflict may involve: use of corporation’s property or funds; transactions with corporation that unfairly favor the director; usurping corporate opportunities; or competing with the corporation.

(2) The Prevalence of Conflicts.
Conflicts of interest, divided loyalties, and transactions among directors, officers and their corporations abound in the charitable sector. Breaches of loyalty are not only much easier to identify than breaches of care, they are more prevalent. In many situations, interested transactions are a healthy necessity.
-They may provide access to resources unavailable from the marketplace.
-The financial status of the organization may be so poor that market sources of credit, supplies or services are unattainable.
-A loan of money, goods or services may be obtainable only from a director, an individual concerned with the organization’s welfare.

In other situations, the interested transaction may be unethical or illegal and, therefore, violate the director’s duty of loyalty to the corporation and to the public. See, e.g., Scheuer Family Foundation v. 61 Assocs., 179 A.D. 65, 582 N.Y.S.2d 662 (App. Div. 1992) (defendant-directors of foundation had an interest in the foundation’s investment advisor and asset manager, which allegedly mismanaged the foundation’s assets, including by investing in publicly traded securities issued by a corporation in which the defendants were officers).

The procedural inquiries include:

Substantive factors in conflict of interest transactions involve:
-the fairness of the transaction to the corporation in terms of what the corporation received;
-the frequency of interested transactions between directors and the organization (along with corresponding inurement concerns under the tax laws); and
-the overall financial status of the organization in relation to the transaction. Whether an interested transaction should be permitted or not depends greatly on its facts and circumstances and the director’s motivations for entering the transaction. A type of transaction which may be perfectly proper in one context may be inappropriate under slightly different circumstances.

C. Duty Of Obedience
Unlike the Board duties described above, the duty of obedience is generally not statutorily based. Rather, it is the result of court decisions. Generally, the duty of obedience, requires board members to “be faithful to the purposes and goals of the corporation as unlike business corporations, whose ultimate objective is to make money, nonprofit corporations are defined by their specific objectives: perpetuation of particular activities are central to the raison d’etre of the organization.” Thus, the duty of obedience mandates that a board not only seek to carry out the charitable purposes of the organization as stated in its certificate of incorporation, but also that it guard and seek to preserve that original mission as well.