Trump vs. Biden: Where They Stand on the Issues

More than 50 million people have already voted in this year’s election, and experts predict a voter turnout rate greater than 62% — more than any presidential election in the last 50 years.

Election Day is less than one week away, so we compiled a comprehensive list of where both Donald Trump and Joe Biden stand on important issues.

If you are not yet registered to vote, check to see if your state allows for same-day voter registration.

Stay tuned for post-election programs from Lorman and updates covering time-sensitive topics before the end of the year.

Trump has said he's considering backing a $15 federal minimum wage. However, he states that salary growth during his presidency should satisfy concerns over fair pay.

The federal minimum wage was last raised in 2009.

Trump's executive order would provide eviction moratorium for renters through the end of 2020.

Trump has committed to providing paid parental leave for working parents in his FY2020 budget. He has not yet pushed the issue.

Biden has stated his support for "universal paid sick days and 12 weeks of paid family and medical leave.”

*However, he states parts of the deal would need to be renegotiated for him to support it now.

Trump's tariffs on goods from China aim to encourage consumers to buy American goods by making imported ones more expensive. Three rounds of tariffs were imposed in 2018 and a fourth in September of 2019.

*Biden previously stated he would remove Trump's tariffs on Chinese imports. An aide later clarified Biden would "reevaluate the tariffs upon taking office."

Trump called for a "lost wages assistance program" to provide Americans an additional $300 per week. Americans previously received an extra $600 in unemployment under the Cares Act, which expired at the end of July.

Biden promised to "extend COVID crisis unemployment insurance" but did not specify if he will reinstate the extra $600 given under the Cares Act.

Biden's current plan calls for a "true minimum benefit" for those who have worked 30 years. The plan would provide them with "a benefit of at least 125% of the poverty level."

President Trump lowered the corporate tax rate from 35% to 21%.

Biden supports raising the federal corporate income tax rate above its current level, between 21% and 35%.

Biden plans to reform the program, stating "We cannot close the racial wealth gap if we allow billionaires to exploit Opportunity Zones tax breaks to pad their wealth."

The Affordable Care Act was signed into law by President Barack Obama in 2010, during Biden's tenure as vice president.

However, one of Trump's ACA alternatives for short-term health insurance does not have to cover preexisting conditions.

Other GOP bills have offered protection for preexisting conditions, but were seen as less than what the law already provides.

Biden has proposed to allow Americans between the ages of 60 and 64 the option of buying into Medicare.

President Trump signed right-to-try legislation in 2018, stating "People who are terminally ill should not have to go from country to country to seek a cure — I want to give them a chance right here at home."

Biden's campaign has not clarified his stance on right-to-try legislation.

Both Biden and his running mate, Kamala Harris, have lost immediate family members to cancer. Many suspect his presidency will prioritize funding and support for cancer research.

Trump promises to "block illegal immigrants from becoming eligible for taxpayer-funded welfare, healthcare, and free college tuition" if elected to a second term.

In a 2019 CNN interview, Biden stated "I think undocumented people need to have a means by which they can be covered when they’re sick."

Trump signed an executive order calling for police reform by improving training, tracking police officers with multiple instances of misconduct, and for departments to ban the use of chokeholds, unless an officer feels their life is endangered.

Biden has proposed a $300-million investment in policing. He stated at the opening night of the Democratic National Convention: "Most cops are good, but the fact is, the bad ones need to be identified and prosecuted."

*Biden has not agreed to end qualified immunity, but believes it ‘needs to be reined in’.

Trump has stated "In terms of marijuana and legalization, I think that should be a state issue, state-by-state."

The Trump administration has carried out six executions in 2020. Prior to this, the last federal execution took place in 2003.

Biden promises to work to pass legislation that will eliminate the death penalty at the federal level.

Biden has not ruled out the idea of increasing the number of justices on the Supreme Court. He claimed his position is dependent on the Republicans response to confirming Judge Amy Coney Barrett.

*Trump opposes automatically sending ballots to voters through the mail. He supports voting absentee with a specific reason.

Biden says he will "work with representatives who support each of the status options in Puerto Rico to engage in a fair and binding process to determine their own status."

Trump has previously stated he wants to "kill the filibuster." His campaign has not clarified his current stance.

Biden has long opposed eliminating the filibuster, but has recently demonstrated openness to ending the practice, stating "it's going to depend on how obstreperous they become."

*Trump has previously spoken about withdrawing from NATO. However, the president's NATO ambassador recently stated "I think that he has turned a corner" in response to questions about the U.S. withdrawing from the pact.

Biden later stated "I welcome the United Arab Emirates and Bahrain taking steps to normalize ties with Israel. It is good to see others in the Middle East recognizing Israel and even welcoming it as a partner."

Trump announced his intentions to move the embassy from Tel Aviv to Jerusalem in 2017, stating "[the embassy move to Jerusalem is] a long-overdue step to advance the peace process and to work towards a lasting agreement."

Biden's official stance on the move remains unclear. He stated the embassy "should not have been moved" but also said he would not move it back to Tel Aviv if elected.

Biden's campaign has not clarified his stance on Space Force or his overall space policy plans if elected.

Biden has not made strict promises to cut the defense budget, but has not planned to increase it.

Climate and the Environment

In response to Chris Wallace's question during the first presidential debate about whether or not human pollution contributes to global warming, Trump responded "I think a lot of things do, but I think to an extent, yes."

Biden's campaign has not clarified his stance on banning fossil fuel exports.

*Biden is open to nuclear power, stating "We must look at all low- and zero-carbon technologies."

Trump plans to end sanctuary cities "to restore our neighborhoods and protect our families."

*Trump paused visas for high-skill immigrants through 2020 due to the pandemic.

*Biden wants to reform the current temporary visa system to "support expanding the number of high-skilled visas and eliminating the limits on employment-based visas by country.”

Biden proposed a $325 billion child care plan that would create a federal-state partnership to provide universal prekindergarten for all 3-to-4-year-olds.

*Biden supports the requirement for gun owners to register their firearms, but only for assault weapons.

His campaign has not clarified his stance specifically on background checks for every gun purchase.

Trump has stated he's "fine" with same-sex marriage as the law of the land. However, his support of several anti-LGBTQ+ policies and nomination of Amy Coney Barrett to the Supreme Court has sent mixed messages to Americans.

In 1996 Biden voted for the Defense of Marriage Act. However, he supported marriage equality as vice president in 2012.

Trump opposes a national federal mask mandate, but has deferred the decision to enforce masks to state and local governments.

Photos of Donald Trump and Joe Biden by Gage Skidmore.

30 Accounting & Tax Preparation Courses to Prepare You for Tax Season

The 2021 tax season begins February 12th and ends April 15th. To help you prepare for tax season, we compiled 30 of the best accounting and tax preparation courses.

How to Run a Successful Brainstorming Session [Infographic]

Brainstorming sessions can be extremely valuable. They are a great way to engage employees, get ideas you might not have otherwise considered, and help keep your team connected — especially when everyone is working remotely. 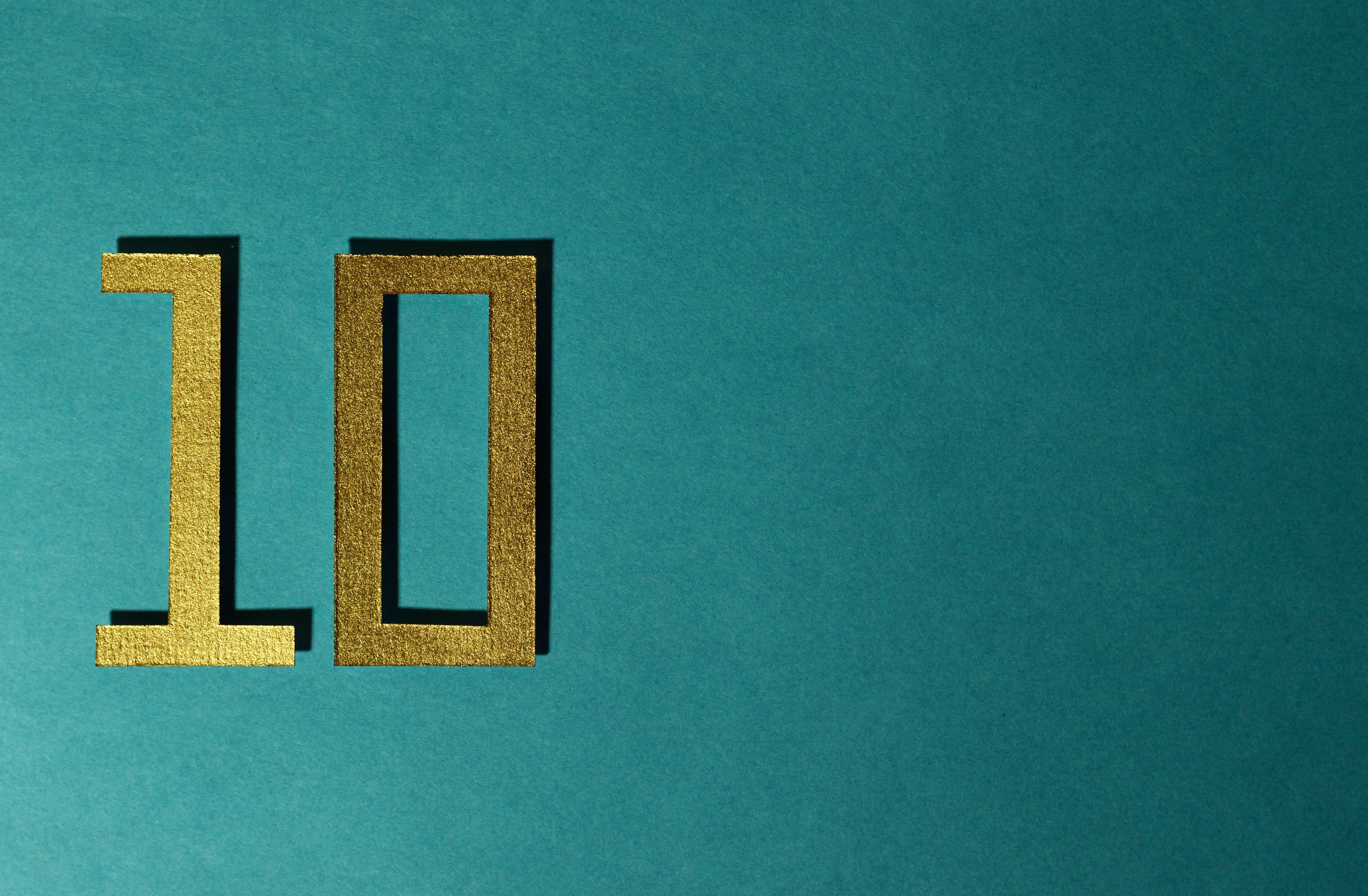 Lorman's library of resources is ever-growing with more than 100 live training sessions each month. As we enter the second half of the year, we wanted to reflect on some of the most popular courses of 2020 — so far!